Air Tahiti Nui launches its first helicopter transport subsidiary, in the form of a simplified joint stock company owned 50% by Air Tahiti Nui, a major player in tourism development in French Polynesia, and 50% by HBG, the French-Swiss leader in helicopter air transport. 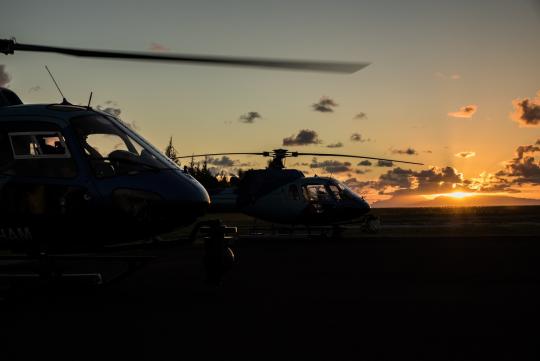 In June 2017, the only company in Polynesia to offer a civil helicopter service - makes its last flight after 7 years of activity. In the absence of a buyer, the company closed its doors and the helicopters were repatriated to metropolitan France. In addition to tourist flights and aerial photography, the company also provided logistical support for major works (including lifting missions), fire fighting and medical evacuations. Its closure causes a shock wave in the territory.

The question of the acquisition of the company by Air Tahiti Nui had been raised at the time, then abandoned for lack of time. It is therefore from a blank page that ATN started to write a new story, on solid foundations: this synergy between one of the European leaders in helicopter air transport and one of the major players in the Polynesian tourism world supports an undeniable logic to perpetuate the redeployment of helicopter transport in French Polynesia. 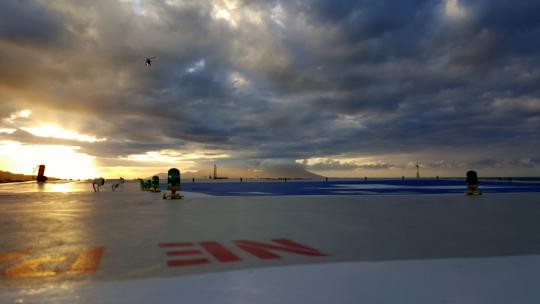 HBG & ATN
The actors of the project

A Franco-Swiss family group for 38 years, HBG is today the leader in helicopter air transport in France and in the TOP 5 of the European operations market, notably through its subsidiaries Mont Blanc Hélicoptères and Hélicoptères de France. The group has a fleet of nearly 80 helicopters (56 of its own and more than 20 in management) and 27/31 bases positioned on three continents: Europe, Africa and South America. HBG employs 300 people including 150 pilots.

ATN, a major player in the development of Polynesian tourism

Air Tahiti Nui, an international air transport company, has been operating since 1998. First employer in the Territory in terms of turnover, second in terms of employees, ATN had 784 employees as of December 31, 2016.

HBG will bring to TNH its technical and operational know-how and ATN the support function and its international sales force.